Alice in the Oven 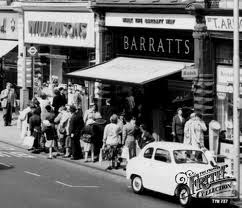 The second excerpt from my forthcoming book, Left Field,  is a snapshot of shopping in Bromley High Street in the 1950s:

'Rattling around in this house all on your own,’ my mother said. ‘Don't be silly. Go and put your coat on.'

I have always hated shopping and blame my mother for that.
The long wait while she sat at her dressing table, which was itself dressed in starched crochet frills. I would watch as she powdered her nose, rouged her cheeks, then the five-minute search for her hat, sometimes a scarf.

First stop: Mr Thomas, the shoesmith above the station. I say above as there was a row of small shops built on the bridge. The trains shook the stacked shoes and jangled the blank keys waiting to be cut for the thief and the thieved.

My mother handed him my Clarke's school shoes. 'I don't know what he gets up to,' she told him as though I wasn’t there. 'He's always running everywhere. Why he can't keep still I don't know.' She looked at me, her face a brief smile, 'You little rascal.'

'Keeps me busy. Wednesday morning all right for you to collect?'

On to the grocers, on the corner of Masons Hill. 'Good morning, Mrs Douglas-Wilson. May I have your list?'

My mother sat on a wicker chair at the far end of the counter while Mr Roberts, in brown overalls, climbed a ladder which ran on rails along the line of shelves and called down, 'Would you like two tins of sardines today? These ones in brine are very good. Only half a pound of sugar this week? How’s the doctor? Saw him on Masons Hill on Saturday. Appeared to be having trouble with the motor. It was coughing a bit on the way up. I'm afraid this corned beef has gone up a ha'penny.'

Then to Importers, the coffee shop at the top of the High Street with a cafe at the back. I liked the aroma of roasting coffee revolving in the drum in the window. 'Half a pound of Continental please, Mr Barraclough. Ground two and a half,' my mother said. 'I’ll go and have my coffee and pick it up on my way out.'

I had to sit listening as my mother chatted to Naomi Peters, Dorothy Somers and Patty Masterson, her three friends, who were always there and always talking. Occasionally they smiled in my direction through their unbroken words, 'The tennis match has been cancelled with this rain. My daughter is so upset.' 'My husband gets home so late. It’s hard keeping dinner warm for him.' 'You must go to Greigs. They have some excellent fresh salmon in today and their eels are always good'

The local library was just across the road. Literature was my escape from my mother and her nattering friends. 'Can I go and get a book?' 'Yes, but be careful how you cross the road. Be back in fifteen minutes.'

My favourites were Kenneth Graham's The Wind in the Willows and Defoe’s The Adventures of Robinson Crusoe, an illustrated and probably abridged version. The first was a rural escape from the suburbs, but safely English, while the second took me as far away as you can get.

In the winter flu season my mother would place Alice and her Wonderland friends in the oven for an hour, 'to get rid of the bugs, dear.' I always had a warm feeling when I read these books and I'm grateful to those talking women at Importers for encouraging my love of literature.

Email ThisBlogThis!Share to TwitterShare to FacebookShare to Pinterest
Labels: suburban London, The Fifties 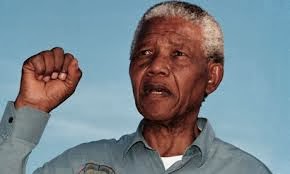