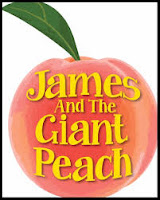 “I crave the tasty tentacles of octopi for tea/I like hot dogs, but I love hot frogs, and surely you'll agree/A plate of soil with engine oil is a super recipe. I hardy need to mention that it's practically free!”
I watched 'The Marvellous World of Roald Dahl' on BBC TV and remembered that 'James and the Giant Peach', which he wrote as a bedtime story for his children was a favourite with mine. There were other links. When Dahl and his wife Patricia's son Theo was four months old a NYC cab hit his pram. He suffered brain damage and developed hydrocephalus. Without effective treatment, severe, damage to the brain will occur. His early treatment in the US had been with the type of valve developed by John Holter, a ventricle-to-atrium shunt system But it kept blocking, and every time it did so, the pressure of water inside his head rose to dangerously high levels. In 1961 the Dahl's returned to England and Theo's care was taken over by neuro-surgeon Kenneth Till at Great Ormond Street Hospital in London. He, Dahl and Stanley Wade, a hydraulic engineer friend of Dahl's, set about designing a new valve. The WDT valve was popular for a while in the UK, but it offered too little resistance to flow and patients could experience overdrainage of cerebrospinal fluid (CSF). Today there are more than 40 different valve systems available, including variations on the original Holter valve - and the name itself is still in everyday use. Kenneth Till operated twice on my son Ben at Great Ormond street after he developed post-meningitic hydrocephalus and needed a shunt. I still remember staff there telling my wife and I that we must not worry, that Ben was in safe hands. He was and today, in his 40s, is living an active and happy life. You can read more about all this in 'Left Field'.
Posted by David Wilson at 01:21 No comments: 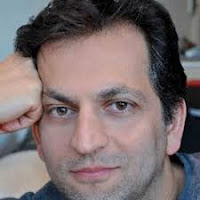 Amir Amirani's "We Are Many' has been acquired by Universal Pictures for worldwide distribution, (excluding USA!), and it will be available on iTunes from July 18th and DVD from August 1st. Selected cinemas across the UK are bringing it back in time for the release of the Chilcot Report on July 6th. I am delighted that I will be with Amir on a panel at the South Bank Centre on 2 July as part of their "Protest in the Digital Age' event. Joining us are Gillian Slovo and Haifa Zangana He and I will also be at the Global Voices session at the WOMAD music festival on 31 July. Buy Left Field here
Posted by David Wilson at 14:26 No comments:

Protest in the Digital Age

Posted by David Wilson at 04:44 No comments: 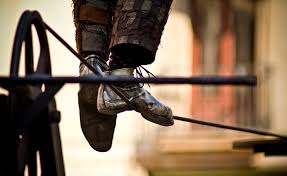 If you ever wondered what an activist is or does, then read Left Field and you could be forgiven for thinking that Wilson was wired from a very early age for adventure and rebellion, from his mothers exacerbated remarks to the cobbler in Bromley, ’I don’t know what he gets up to’ as she handed over his battered Clark’s shoes, to his impulsive decision to set sail for Argentina when he was 16 years old. But along the way, this impulse towards action was leavened and combined into a burning commitment to the underdog across a host of groups and contexts at both a national and international level.
'Left Field' takes us through his rejection of the hypocrisy and elitism of the public school system, to which he was subjected, to his CND involvement, the Vietnam conflict, anti-apartheid protests, the miners strike and importantly the Bosnian war, which was a major and lengthy engagement for him through the role he played as founder and director of both the charity, War Child, and the Pavarotti Music Centre in Mostar. Alongside these political engagements, the creative and adventurous side of his life finds expression in his play writing and the sometimes dodgy deals in the art world of the newly emerging eastern European nations. This latter is thriller stuff!
Interlaced with humour, anecdotes and with a sense of irony, even in the most destructive of situations, the book is intelligently and engagingly written and gives a vivid and honest, blow by blow account of an exceptional life at both a personal and a political level. The many digressions from the political to the personal, from the moving last days of his fathers life, his home in Bromley, the many domestic challenges he faced and the extraordinary achievements of the Pavarotti Music Centre in a theatre of war, all work to weave together a mosaic of a life lived to the full.
What is refreshing about this book is the absence of ideological preaching. It is just Wilson, sharing his life experience but with a host of rather depressing implications for the reader to draw, significantly, how power elites at all levels, even charities, work to maintain the status quo, how ethnicity is used to divide and rule and the necessity for activists to stay close to the grass roots. It’s an absorbing read.
Maureen Larkin
12 June 2016
Posted by David Wilson at 04:31 No comments:

Protest in the Digital Age 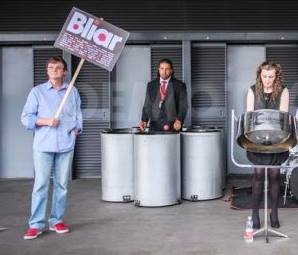 On its way to the USA? 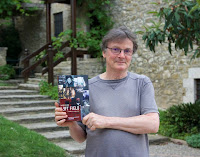 Dawn Neely Randall My British friend David Wilson's book, Left Field, was recently released, though it hasn't found its way to the U.S. yet. I want to change that. My goal is to get a copy to the Rock and Roll Hall of Fame since it is very much music-based. I also want to share it with friends so there is a demand for it to be picked up by the American market. It's a brilliant piece of work. If you're interested, you can look it up on Amazon (David Wilson, Left Field) to see if it's available in Kindle edition. For now, this is a snippet of what it says on Amazon here in Europe: "As the co-founder of War Child, he was instrumental in bringing a mobile bakery into war-torn Bosnia. In 1995 the charity gained prominence with the release of the Help album. Contributors included David Bowie, Brian Eno, Paul McCartney and Sinéad O'Connor. Help captured the world’s attention and brought the healing power of music to young people whose lives had been devastated by war. Left Field is an engaging and humorous memoir which will inspire not only Wilson's generation, but also today's young people who are campaigning for a better, fairer world." I'm pretty much in awe of David this week. Amazing how I've known him for four years now, but had no clue about all his major accomplishments and activism or all the people he's helped. Or, all the music stars he's friends with. Yep, it needs to make its way to the U.S.A. 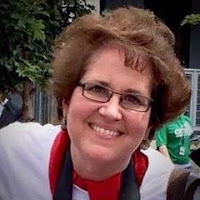 Posted by David Wilson at 20:39 No comments: 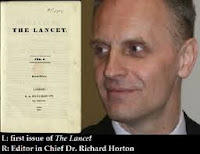 From "The Gondola", chapter one in Left Field: “My father's editorship of The Lancet was part of a long series of radical editors which went back to Thomas Wakley, who worked with the social reformer William Cobbett in the 1820s. His predecessor, Sir Theodore (Robbie) Fox, was a Quaker and a pacifist ambulance driver on the Western Front in the First World War. The present editor, Richard Horton, is responsible for reminding the world that the Iraqi war and occupation very likely took in excess of a million lives.” I am delighted to have received these words about my memoir from him, “You write absolutely beautifully. Thank you for your wonderful book.” www.davidwilson.org.uk
Posted by David Wilson at 01:49 No comments: 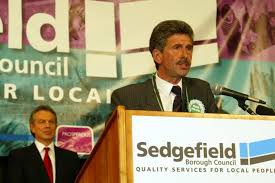 Jimmy McGovern's 'Reg' starts on BBC 1 on Monday 6 June. Reg Keys is the father of 20-year-old Lance Corporal Thomas Keys, one of six Royal Military policemen killed in Iraq in June 2003. Reg directed his anger at Tony Blair, “because he took us to war on a lie” and his defiant gesture and quiet moral authority make for a moving story about injustice and a world of pain behind every casualty of war. Jimmy has said, “It was an honour to meet Reg Keys, a truly remarkable man, and it has been a privilege to tell this part of his story.” Introduced to Reg by Felicity Arbuthnot, we persuaded Reg to stand against Tony Blair in the 2005 general election. Brian Eno then put up money for Reg's campaign and helped me organise the first press conference in his studio. You can read about all this in 'Left Field'. I too am proud to have known this remarkable man and to have played a small part in helping him against Blair. After the death of his son, followed by that of his wife Sally who died in 2011 'of a broken heart', I wish him every happiness in his future life with Jenny.
Posted by David Wilson at 14:17 No comments:

Goran Simić is a poet, dramatist and short fiction writer. In the early 1990s he was trapped in the siege of Sarajevo. After some years in Canada he returned there in 2013. 'Left Field' has a chapter about animals in war and Goran kindly allowed me to quote from his poem 'Dogs and Bones' in the book. I am delighted that he will be coming to the launch of my memoir at the Pavarotti Music Centre on 18 June. Here is the late Alan Rickman reading this poem.
Posted by David Wilson at 10:58 No comments: