Dylin is more important than you

What has been more important to the Johnson government than protecting people's lives? Obsessing over bombing the Middle East, Dylin the dog, getting out on the ski slopes, privatising the NHS and enriching mates

The Jimmy Saville of Nation States 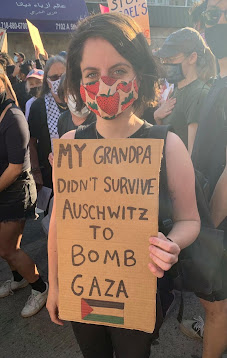 For the first time in my memory politicians and the media are allowing the truth to reach us along with the images of the terror being meted out to the Palestinians by the Israeli state. This morning I listened to the Tory Lord Finkelstein denying he had ever been a Zionist! It is only a tragedy that this is happening because of the destruction and killings.

I think this is the moment to understand that Zionism is a right-wing movement that has never been at the centre of religious or secular Judaism.

The founder of Zionism at the end of the 19th century, Theodor Herzl, was an admirer of the British Empire and wrote to Cecil Rhodes, founder of the white settler colony named after him, “You are being invited to help make history. It does not involve Africa but a piece of Asia Minor, not Englishmen but Jews … I turn to you … because it is something colonial ..”

Chaim Weizmann, who suceeded Herzl: “Should Palestine fall within the British sphere of influence and should they encourage Jewish settlement … we could develop the country, bring back civilisation and form a very effective guard for the Suez Canal.”

You don’t have to be a Jew to be a Zionist. Prayers at the US Embassy, on the day Trump moved it to Jerusalem, were delivered by Robert Jeffries, a Dallas megachurch pastor who said Hitler was sent by God to drive the Jews to their ancestral land.

The Jewish opponents of Zionism could be found at the same time as Herzl in the Jewish Bund, founded in 1897 in Poland and Russia. They stressed the principles of, socialism, secularism and doyikayt or “localness.”

Doyikayt was encapsulated in the Bund slogan: “There, where we live, that is our country.” One of their early leaders, Viktor Adler, declared “Bundists wish to shatter the existing economic frameworks and show the Jewish masses how a new society can be built not by escape, but by struggle. We link the essence of the Jewish masses’ life to that of humankind.”

Here are past and present advocates who have linked their lives to humankind. Perhaps we will now be able to hear their voices more clearly.

Albert Einstein; “The (Israeli) state idea is not according to my heart. I cannot understand why it is needed … I believe it is bad.”

Sigmund Freud: “I concede with sorrow that the baseless fanaticism of our people is in part to be blamed for the awakening of Arab distrust. I can raise no sympathy at all for the misdirected piety which transforms a piece of a Herodian wall into a national relic, thereby offending the feelings of the natives.”

Erich Fromm, social psychologist: “The claim of the Jews to the Land of Israel cannot be a realistic political claim. If all nations would suddenly claim territories in which their forefathers lived two thousand years ago, this world would be a madhouse.”

Primo Levi, a survivor of Auschwitz: “Everyone has their Jews and for the Israelis they are the Palestinians”.

Marek Edelman, one of the leaders of the1943 Warsaw Ghetto uprising compared the Palestine resistance to ZOB, the Jewish fighters in Warsaw.

Hannah Arendt, political scientist: “The trouble is that Zionism has often thought and said that the evil of antisemitism was necessary for the good of the Jewish people.”

Martin Buber, Israeli philosopher: “How great was our responsibility to those miserable Arab refugees in whose towns we have settled Jews who were brought here from afar; whose homes we have inherited, whose fields we now sow and harvest; the fruits of whose gardens, orchards and vineyards we gather; and in whose cities that we put up houses of education, charity and prayer. . ”

Isaac Asimov, novelist: “I find myself in the odd position of not being a Zionist ... I think it is wrong for anyone to feel that there is anything special about any one heritage of whatever kind.”

Harold Pinter. On Israel’s 60th anniversary said, “We cannot celebrate the birthday of a state founded on terrorism, massacres and the dispossession of another people from their land."

Uri Avnery, ex-Israeli army officer: “What will be seared into the consciousness of the world will be the image of Israel as a blood-stained monster, ready at any moment to commit war crimes and not prepared to abide by any moral restraints.”

Daniel Barenboim, Israeli pianist and conductor: “I don’t think the Jewish people survived for 20 centuries, mostly through persecution and enduring endless cruelties, in order to now become the oppressors, inflicting cruelty on others.”

Lenni Brenner, writer and civil rights activist: “The Zionist leaders were uninterested in Fascism itself. As Jewish separatists they only asked one question, the cynical classic: 'So? Is it good for the Jews?'”

Richard Cohen, US columnist: “The greatest mistake Israel could make at the moment is to forget that Israel itself is a mistake … the idea of creating a nation of European Jews in an area of Arab Muslims (and some Christians) has produced a century of warfare.”

Henry Siegman, Rabbi and director of the U.S./Middle East Project: “Israel has crossed the threshold from ‘the only democracy in the Middle East’ to the only apartheid regime in the Western world.”

Prof Norman Finkelstein: “Every single member of my family on both sides was exterminated. Both of my parents were in the Warsaw Ghetto Uprising. And it is precisely and exactly because of the lessons my parents taught me and my two siblings that I will not be silent when Israel commits its crimes.’

Richard Falk, former UN special rapporteur on human rights, called Israeli policies in the Occupied Territories “a crime against humanity.” Falk also has compared Israel’s treatment of the Palestinians to the Nazi treatment of the Jews.

Alexei Sayle: “Israel is the Jimmy Saville of nation states.”

Miriam Margolyes: “My support for the Palestinian cause is fiercer because I am Jewish.’

Noam Chomsky, “The last paradox is that the tale of Palestine from the beginning until today is a simple story of colonialism and dispossession, yet the world treats it as a multifaceted and complex story—hard to understand and even harder to solve.” 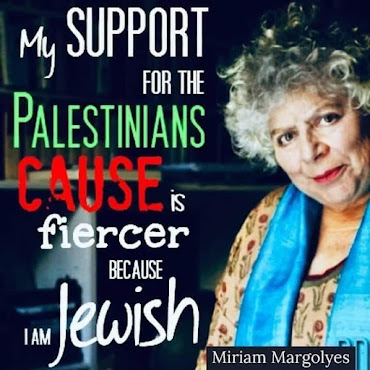 (This is reworked and updated from an earlier blog) 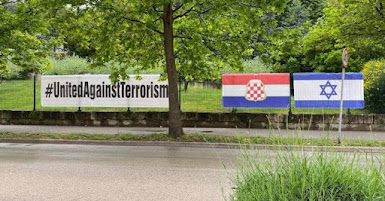 President of Croatia (2015-2020) Kolinda Grabar-Kitarovic visited Bleiburg, Austria in 2019, for the annual commemoration of the Ustashe, the soldiers and civilians from the pro-Nazi Independent State of Croatia, that were killed by Yugoslav partisans in the aftermath of WWII.

Rudolf Edlinger, president of the Documentation Centre of Austrian Resistance, described it as “the biggest annual neo-fascist reunion in Europe." He said that the event glorified the Croatian Nazi-collaborationist regime.

In the same year, and on her third visit to Israel as President, Grabar-Kitarovic described her country as being “a strong and supportive ally of Israel”. For his part, Israeli PM, Benjamin Netanyahu declared that "Croatia has supported Israel and will continue to do so in the future." They then signed trade and security (military) agreements.

So this road sign (the Croatian and Israeli flags) does not surprise me, nor do the war crimes presently being committed by Israel.

Under cover of covid 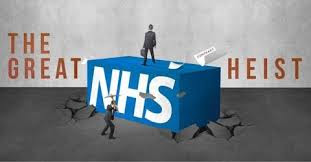 In announcing a Covid public public enquiry, Boris Johnson said, “This process will place the state’s actions under the microscope”.

Will the microscope expose the galloping privatisation of the NHS and £billions in corrupt profiteering taking place under the cover of Covid?

“I despair, I really do. For the past decade I've watched the Tories systematically demolish the services & support available to me to manage a condition that is literally rotting my lungs away. It's the fucking Tories' relentless attack on the NHS that has brought it to it's knees, not fucking Covid 19. I, like hundreds of thousands, if not millions of other British citizens suffering from chronic, incurable conditions will be uninsurable and condemned to die, many of us slowly and in a great deal of pain. And our lying, complicit media are more than happy to just lie down with the dogs, propagate the lies and gaslight the rest of the country.”

staying home is not a surge 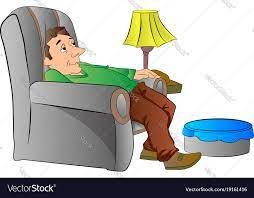 This is not a Tory surge. It is a Labour ‘stay at home’ surge. Saudi Arabia admirer, Paul Williams, the Labour candidate, was ‘parachuted’ into the constituency by Starmer on the advice of his adviser, Jenny Chapman. He was commissioner of a report that supported the removal of critical care services in the city.

In the Welsh Senedd and in Preston, for example, where Labour put forward progressive and socialist policies closer to Jeremy Corbyn’s 2017 and 2019 manifestos, with nothing conceded to Starmer and his ‘coterie’, there were election successes in the local elections.

Truth is not a crime 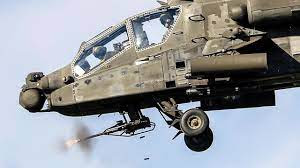 You can watch Brian Eno introducing writers defending Julian Assange. He has been confined for eleven years and held today in Belmarsh prison, awaiting possible extradition from the UK to the USA. His 'crime'? Exposing war crimes.

Jan Woolf (at 11:38) introduces the clip of Reuters journalists filming the killing of civilians on a Baghdad street from a US gunship. We hear voices… “Nice ...look at that … right through the windscreen … they got a wounded kid in there … their fault for bringing their kids into battle.”

In Jan’s words, “As we creep out of our Covidian layers, liars claim the truth and your suffering continues. They're making an example of you Julian … In freeing you they would be freeing the truth.” 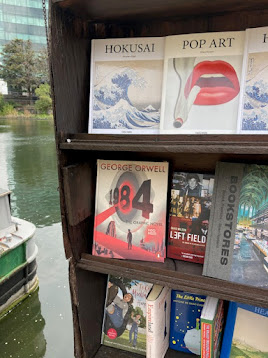 My memoir, Left Field,  is still on sale at Waterstones and other bookshops and available as an ebook and audible. And now online for free. But I am very happy to see it on sale at ‘Word on the Water’, the 100 year old Dutch barge on the Regent’s Canal close by King’s Place.

"Word on the Water is kind of charming. I think a lot of people see this place as a kind of secular church. Less than 50% of people in the UK profess a religious belief, but I’ve seen people come here and cry when they walk in. It’s something about bringing people together where there’s music and culture and beautiful words; a place where, for whatever reason, people just quietly agree they’re going to be nice to each other. And people see that in almost holy terms—a place in the heart of London that’s not all about money." Paddy Screech, co-founder Word on the Water 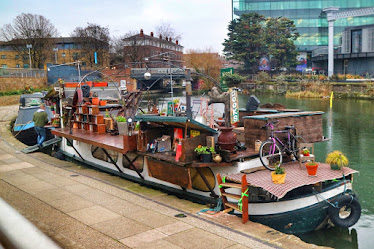 The book barge offer classics, cult, contemporary fiction, a large range of children's books and art and photography, plus some quirky stuff that you would never think to look for but may be very pleased to find. Also a wood-burning stove, poetry slams, readings, book launches and live acoustic music on the roof stage including a free monthly Jazz/Poetry show. Oh and a parrot. 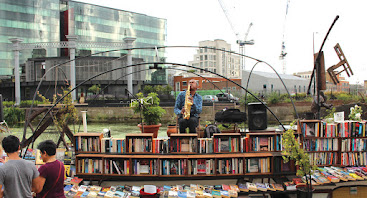