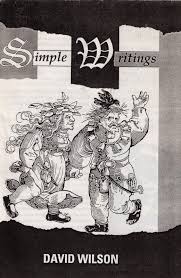 I have decided to revive my anti-war play first performed on the London fringe thirty years ago - ‘Simple Writings’.* Michael Walling of Border Crossings who directed it recently told me that it , “remains very powerful storytelling.” The play was inspired by reading a Grimmelshuasen novel, set in the 17th century German 30 Years War. Bertolt Brecht based 'Mother Courage' on another Grimmelshausen novel.
"Witty, bawdy, and as profound as anyone cares to consider it”. Financial Times
"David Wilson unfurls a sprawling, vibrant, bustling canvas of seventeenth-century German peasant life in the Thirty Years war”. Time Out
One of my favourite films is Werner Herzog’s The Enigma of Kaspar Hauser. Set in the 1820s, a young man is discovered at night in Nuremberg’s town square, hardly able to stand. He is dumb and has been kept in a cellar, without human contact, since birth. Adopted by a local doctor, he learns to talk and proves to be wiser than those around him.
When I first saw the film, the friend I’d gone with told me the story reminded him of a character in a Hans Jakob Christoffel von Grimmelshausen novel. He said Simplex Simplicissimus was set in seventeenth century Germany at the time of the Thirty Years’
I discovered that the novel had been translated into English in the 1930s. Even though the language was archaic, I loved Grimmelshausen’s story of a peasant boy who’d been cruelly treated by his father and was hardly able to talk. As a mute, he was sent into the hills to watch over the family’s flock of sheep.
When soldiers attack his family’s farm, Simplex watches from the hillside as his parents are killed and his sister raped. He runs into the forest where he is befriended by a hermit who slowly and patiently educates him.
When the hermit dies, Simplex makes his way out of the forest and is found by marauding soldiers. Although he can discuss Plato’s philosophy and Euclid’s mathematics, he has no social skills. Thinking him a fool, Simplex is dressed as a goat and made a figure of fun. Since playing the idiot is infinitely better than killing, he willingly performs this role. He is eventually forced into one of the armies where he proves to be an invaluable military strategist.
I loved the book because its message was that humanity is basically good and is corrupted by social constructs and the institutions of power. What’s more, the powerful are very often very stupid. I jettisoned much of the original story, such as the absurd account of Simplex’s return from Japan to Germany, but kept the essence of the narrative: a journey towards wisdom.
I felt Simplex had a resonance for my own time, an antidote to the next three decades – our own Thirty Years War. This is one of the first scenes I wrote:
MAJOR: (to SIMPLEX) You’re in the army now, laddie, although your beard needs to grow a little if you’re to be a soldier.
SIMPLEX: I’m a match for any old man, Major. It’s not the beard that marks the man, else billy goats would stand in high esteem.
MAJOR: If your courage is as forward as your tongue, perhaps you’ll be useful. (To SOLDIERS) Now men, we’re going to seek out our enemy in that village. (He points) They have to be disarmed as we have information they have a cache of weapons.
SIMPLEX: How do you know that, sir?
MAJOR: (Laughing and winking at SOLDIERS) Because we sold the blunderbusses to them, you fool.
SIMPLEX: This is a poor village, sir. We should travel further south. The peasants there are richer.
MAJOR: Who asked your advice?
SIMPLEX: If we raid this village, we will find little and there will be nothing left afterwards, then we will be forced south anyway. Travel to those villages now and there will still be something to return to. It’s better than scraping at an empty barrel, even if that barrel is standing beside you.
SOLDIER: He talks sense.
MAJOR” Shut your mouth. Prepare to fire.
SIMPLEX: With respect, sir, wait—
MAJOR: Troop advance.
SIMPLEX: Sir, they know we are here. It would pay us to wait and watch where they hide their weapons, or whatever it is you are seeking. If we note their movements, it will save us time and blood. Here, sir. Take this pen and paper and please accept this as respectful advice.
MAJOR: (Waves quill about, as he is illiterate) You do it. I’m no clerk.
* Originally performed as 'Simple Writings' the play's title was changed to 'War Child' when I tried to stage the play to benefit the charity I had co-founded. The full story is in my memoir, 'Left Field'

Posted by David Wilson at 04:41 No comments: 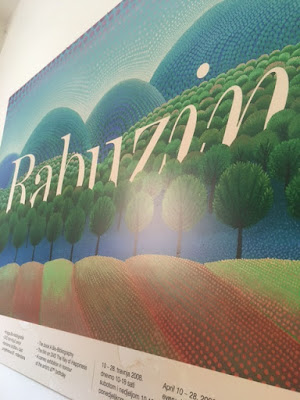 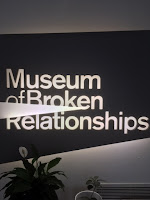 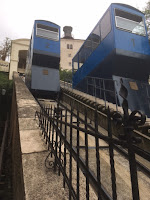 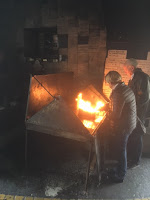 Everywhere I go in Zagreb I find echoes from 'Left Field'. My work for the naive artist Ivan Rabuzin, the drinking stein I gave to the Museum of Broken Relationships, the funicular we used for the BBC Arena film I produced and where Nada prayed and lit a candle.
Posted by David Wilson at 22:16 No comments: 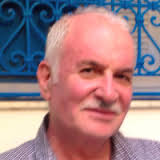 MUNDHER ADHAMI: “A brilliant achievement. The cover, the quotes, the dedication, the arrangement and titles of chapters. The language of novels.” 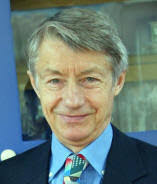 PROF SEBASTIAN BALFOUR: (LSE) “A vivid account of a life fought for justice, full of indignation and tenderness. “ 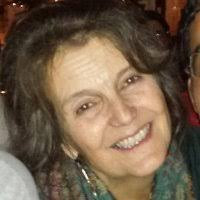 BECCA BLAND: (Founder of Stand Alone) “This guy has a no bulls*** approach to life and has the strength to live by his beliefs!” 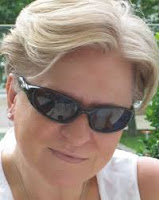 SUE BROCK: (TV Producer) “There are parts of these unique memoirs that are akin to opening the door to episodes and aspects of history that society chooses to forget.” 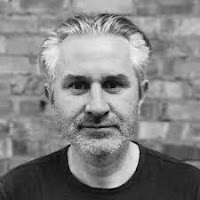 MATHEW CLAYTON (Head of Publishing at Unbound) “Powerful reading for David's ability to distill character and dramatic moments from his own past.” 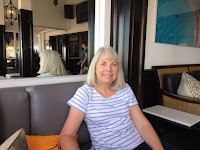 EILEEN DAVIES: Wilson's memoir takes us on adventures through the decades and across borders. We share his sadnesss and happiness ...expressed with directness and honesty. 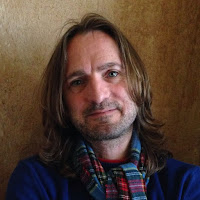 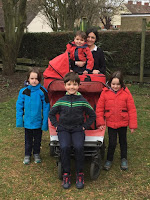 TIFFANY DRAKE: “David's book can show us what can be hopeful and healing.” 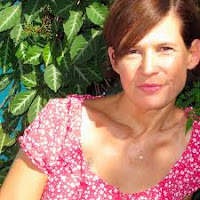 HATTIE EDMONDS:  "Made me feel that anything is possible - with passion and drive and a bit of anarchy." 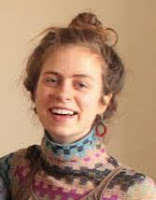 DARLA ENO: “Left Field is an inspiring read which will motivate anyone who wants to see change.” 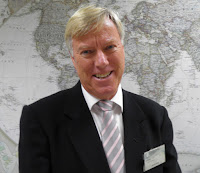 ALAISTAIR FRASER: "A fascinating life journey account - warts and all - of an amazing person who has enriched all our lives with his dedication and commitment."

MELANIE FRIESEN: (Dir Vancouver Intern Film Festival) “I love the quotations that open some of the chapters … Also how many books have notes at the back that are just as interesting as the text?”

HARRY HARRIS: "I am the man who sat next to you on the tube and asked you what you were reading … We had a brief chat about Corbyn …. just wanted to let you know that I love the book. Thank you. You are an inspiring man." DAVID HENCKE: (Investigative journalist) “The work of a determined guy who is prepared to expose fraud and injustice wherever he finds it.” 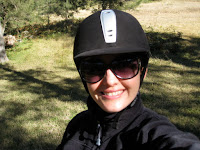 TAWNEE HILL: “Left Field is about humanity; everything he writes is from his heart. People like David need to be recognised and paid attention to. He has an incredible sense of justice, peace and hope, and that is a message the world needs today.” 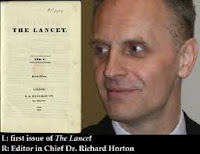 RICHARD HORTON: (Editor of The Lancet) “You write absolutely beautifully. Thank you for your wonderful book.” 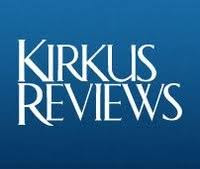 "Raw and compelling; a story well told of a vital and varied life." 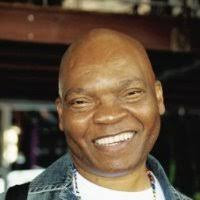 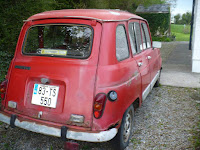 MAUREEN LARKIN: “Interlaced with humour, anecdotes and with a sense of irony, even in the most destructive of situations.”

ROGER LEVY: “David is a man who lies behind a lot of contemporary events and he is an interesting part of those events."

SHADE MAJEKODUNMI: "Fantastic. Love it. The early childhood stories remind me so much of my own childhood … and of course I too became an activist."

ORHAN MASLO (OHA): “David steered me to who I am and what I do today. Thank you David."

RUSSELL MILLS: (Artist, record and book cover designer) “You’ve done so much, achieved so much, that is for the good, the right, the just.”

ELVEDIN NEZIROVIC: (Director Pavarotti Music Centre) “Thank you for everything you've done for my city and for my generation of people here.” 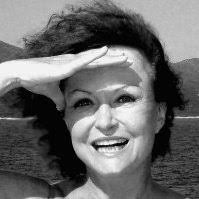 GRAINNE PALMER: (Founder of Drawing Down The Moon) “I couldn't put it down. It's also a page-turner peppered with passion, wit and human interest. Elegantly written too." 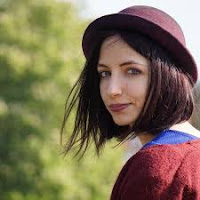 HEKATE PAPADAKI: “They say life is stranger than fiction and when it comes to David Wilson's life, that's definitely the case.” 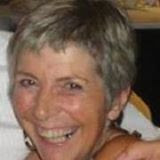 DEBBI READ: “This memoir is a compelling read: the history of one man, lost battles and one war. If this doesn't inspire you nothing will." 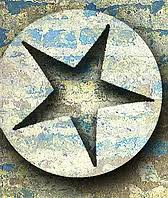 REALTA FILMS: "A very personal account of an amazing life, and an insider perspective on the big political issues of the modern era. Enjoyed it very much indeed."

PROF TOM SANDLUND: (Helsinki University) “You see things happening through the eyes of a very intelligent person and you get a grasp of how bad things have been for many people.” 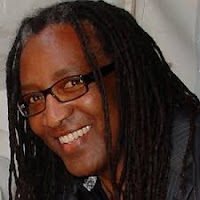 EUGENE SKEEF: “I am so elated to have read Left Field. I feel like a child at the fountain of narratives.” 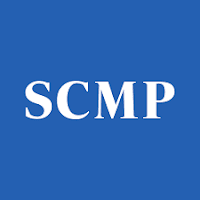 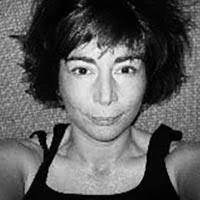 MICHAEL WALLING: (Artistic Director of Border Crossings) “Left Field is fantastic. So much I don’t know about someone I know well and so much vivid colour around the bits I did know well.” 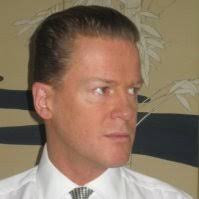 ALEXANDER WATT: "David Wilson's memoirs are out of the ordinary, to say the least … his endeavours are at once inspiring and fantastic … Furthermore - it's a WONDERFUL read!"