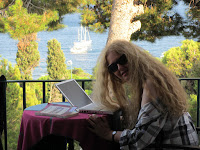 The origin of 'Left Field' began 18 years ago when my wife, Anne Aylor, and I were on holiday on the Croatian island of Mljet. We were taking a much-needed break from our all-consuming work at the Pavarotti Music Centre in Mostar. Anne was working on her second novel, The Double Happiness Company, and I was staring from our balcony at the harbour jetty below where a fisherman was smoking a cigarette and not catching fish. I started to tell Anne about my ex father-in-law's brilliance as a fisherman on another Croatian island. Without telling me, Anne stopped work on the Yukon chapter she was writing and began touch-typing my monologue. With her encouragement, this was to become the first completed story in my book and today has the title: Ivo's Boat. “Fishermen can often be seen standing side by side on harbour walls looking as though they are pissing into the sea, but Ivo wasn't one of them. He had respect for the intelligence of fish.
Posted by David Wilson at 02:21 No comments:

Was Albert Einstein a 'Nazi apologist'? 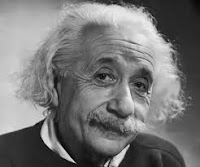 If Ken Livingstone is a 'disgusting Nazi apologist' (John Mann MP) then so were Albert Einstein, Sigmund Freud, Primo Levi, Hannah Arendt and not forgetting Marek Edelman - leader of the Warsaw Ghetto uprising. Time to dust off an article I wrote about this for Stop the War Coalition. Better speak up for myself as well. My first street politics was being beaten up by real Nazis from the British Movement and my father - a major influence on my life, was one of the first Allied medics to enter Bergen-Belsen concentration camp after its liberation.

Posted by David Wilson at 06:20 No comments:

Destruction, death, hatred and war, but also hope, life, love and peace. A true story that takes you into a world of anti-war marchers and war criminals, celebrity musicians and shady art dealers. It moves from galloping horses in Argentina to ethnic cleansers in Bosnia. Music is never far away – Muddy Waters mojo to The Rolling Stones street fighting man. A major theme - music as healer. You will meet Pavarotti and Clapton, Brian Eno, Bono and Bowie. Published by Unbound and to be distributed by Penguin. For an advanced copy of "Left Field' click here 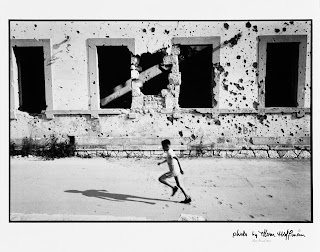 David Wilson's journey as a lifelong rebel began when his father, one of the first Allied doctors into Bergen-Belsen, showed him photos of the camp --- This terrifying awakening to fascism led him to become one of the youngest members of CND and a lifetime of political activism --- After fleeing public school he became a gaucho, teacher, art agent, filmmaker, war crime witness, aid worker and playwright --- As co-founder of War Child, he helped set up a mobile bakery that fed the starving people of Mostar --- His connection with the Balkans had started with a tempestuous marriage to a Croatian, and ended with his becoming first director of the Pavarotti Music Centre in Bosnia, helping those traumatised by war through its music therapy programmes --- Patrons included Pavarotti, David Bowie, Brian Eno and Tom Stoppard --- During his tenure at the Centre he blew the whistle on financial misconduct in the charity which was exposed by The Guardian and Channel 4 TV --- More recently he has been Press Officer at the Stop the War Coalition in London --- Left Field will find its readers amongst those who agitated with him in the 60s. It will also be important to today's generation of hopeful young people who are organising for a better and fairer world. 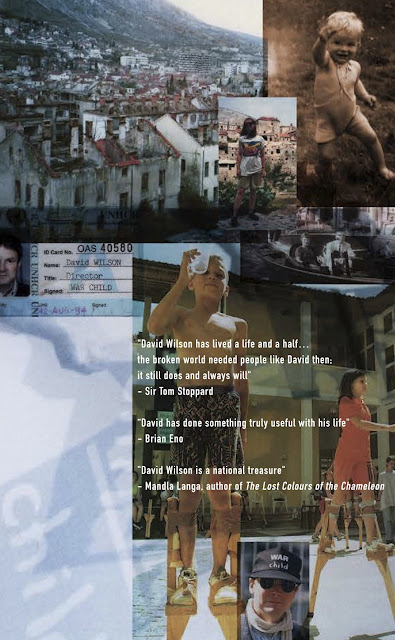 Watch: slideshow - a life in pictures

Posted by David Wilson at 17:00 No comments:

Left Field can now be pre-ordered from Amazon ,

What they say about 'Left Field'

Sir Tom Stoppard - 'David Wilson has lived a life and a half. I was proud to play a minor role in War Child, an organisation in which David was inspirational. The broken world needed people like David then; it still does and it always will.'

Brian Eno - 'This is an excellent and inspiring book. David is an adventurer and a freethinker, who, despite the best efforts of an education designed to equip him for obedient anonymity, somehow did something truly useful with his life. His stubborn and yet self-effacing commitment to his ideals carried him through many daunting situations, and his sense of humour kept him able to see the funny side.'

Dorothy Byrne, Head of Channel 4 TV News and Current Affairs - 'What a life this man has led.'

David Hencke, former Guardian journalist & senior reporter at Exaro - 'This is the work of a determined guy who is prepared to expose fraud and injustice wherever he finds it.'

Mandla Langa, author of The Lost Colours of the Chameleon, winner of 2009 Commonwealth Prize - 'David Wilson is a national treasure.'

Posted by David Wilson at 20:49 No comments: 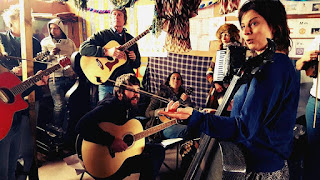 I spent the weekend at the Calais 'Jungle'. Yes, it's still there. Several thousand people who have fled the chaos caused by those who have plenty of money for wars in the Middle East and Africa, and now for barbed wire on the channel coast. I met some wonderful people: Abidkhan, Azama, Atieyb, Agely, Passel, and many others. I went there with Calais Sessions musicians, brilliantly organised by Vanessa Lucas-Smith, Carl Burgess and … the list is long. Much of the weekend sessions were recorded by Danny Rowe who managed to contribute bass guitar to his recording work. The 'studio' was a makeshift hut whose plastic roof flapped its rhythm to the music below. I spent some of the time 'teaching' guitar, but quickly roles were reversed. After 30 minutes of C, G, A and F chords, Assi thanked me, smiled and asked if I'd like to learn Ethiopian Tizita pentatonic scales. I wrote them down and am already playing them – badly! The conditions there are terrible and the stories I listened to as bad. Atieyb who had brought his guitar on the long journey north. It only had two strings. Next visit – take some strings. One young Syrian didn't want to play guitar, but told me he liked to be close to music. 'It gives me', he said, 'sanity'. Why did he want to get to the UK. All his family had been killed – 'I don't want to talk about that, but my sister is in Bristol. I want to go therel.' Can anyone give me one reason why he shouldn't? His only chance right now is to find £5000 for the armed smuggling gangs whose white vans can be seen 'hanging out' on the surrounding roads. Guaranteed passage is £8000. But payment in cash and up front. The situation is disgusting. I would like to force David Cameron to learn some guitar chords and send him to Calais to teach. Wait a minute. I wouldn't wish to be responsible for adding to these people's misery. More photos later (thanks Sarah Smith for this one) and here is Calais Sessions:  www.thecalaissessions.com

photo: Sarah Smith
Posted by David Wilson at 02:59 No comments:

from Liza Minelli to Sia 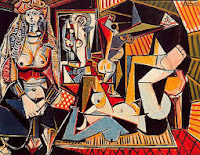 Picasso's "Women of Algiers" now belongs to an undeclared buyer who paid $160m, setting a new record for the most expensive artwork sold at auction. How did this happen? One man, let's call him L, places an art work on the market at £X million. One of L's offshore companies, let's call it S, bids at auction for what is his own picture at an auction house, let's call it C. By the way, L is a major shareholder of C. The bid is successful. In fact if S has to pay more than £X million all the better. The art market sale prices have been super-hyped as a result. L then sells pictures from his collection to third-party buyers at astronomical prices which he has been responsible for setting up. Bingo. Well not really B for Bingo and H for 'house-housey' but more O for obscene. Read about my 'brush' - excuse the pun - with art crimes in this sample chapter from 'Left Field'.

Posted by David Wilson at 01:32 No comments:

Protest in the Digital Age at South Bank Centre 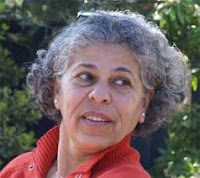 I have been invited to join Gillian Slovo and Amir Amirani for a panel discussion at the South Bank Centre on  2  July.

My good friend Haifa Zangana is chairing. This follows the release of 'Left Field' which is now only a few weeks from publication.

Posted by David Wilson at 05:46 No comments: 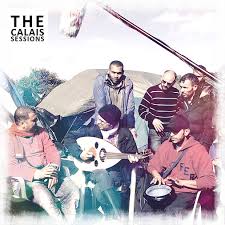 The Calais Sessions are a group of international musicians who use music to empower and entertain Europe's refugees. They travel with their instruments, and on arrival at camp, connect with local musicians, hear their stories, write and perform together. Workshops, including teaching basic guitar skills, ensure all residents can join in. Next weekend, 9/10 April, they are returning to the Calais 'jungle' for more music work there and, at the end of the weekend the ensemble will perform a Bollywood song, with dancers from the camp. As co-founder of the charity, War Child, and former director at the Pavarotti Music Centre in Bosnia, I have been invited to join them for the weekend. Percussionist Eugene Skeef and former director of music development at the Centre will come with us and lead drumming workshops. The importance of music to health and rehabilitation is as important to the victims of war today as it was 20 years ago. ( 'The Calais Sessions' the album, is released on May 6th, featuring the sessions in the jungle - Syrian folk songs, Ethiopian gospel lullaby, Sudanese drums and Afghan pop.) More on music and war in Left Field
Posted by David Wilson at 04:37 No comments: