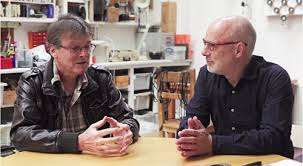 'This is an excellent and inspiring book.'
Brian Eno

‘Left Field' has been on sale for over three years. You can now buy a signed hardback copy for £10 (includes delivery) or receive on Kindle or audio book for £2.99 . To order hardback book contact david@davidwilson.org.uk 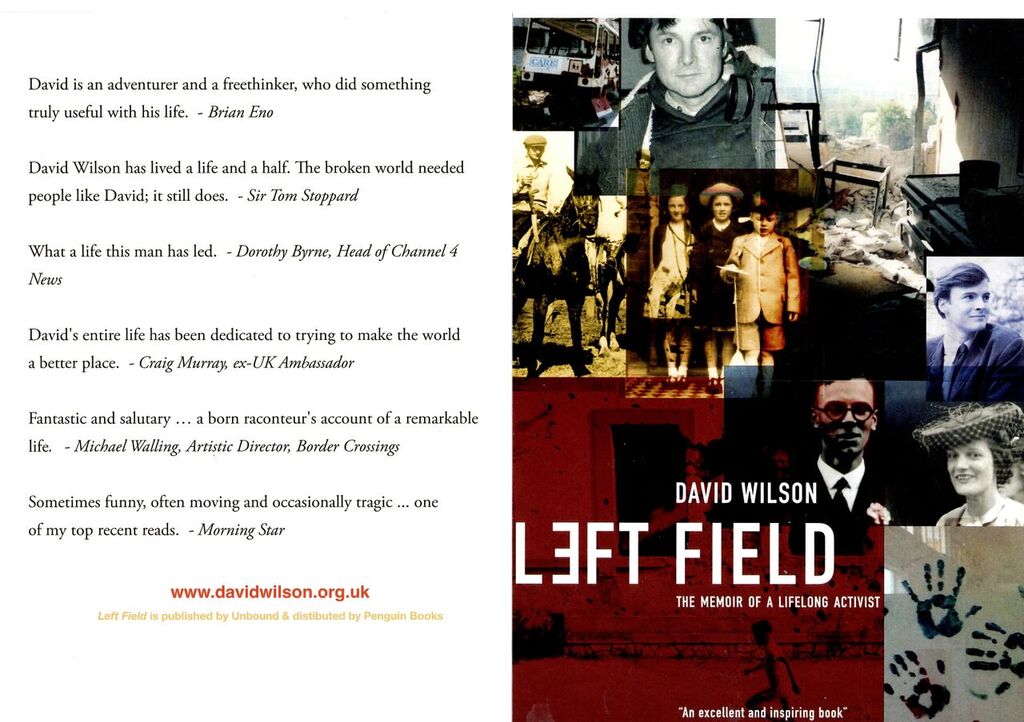 Chris Williamson must be defended 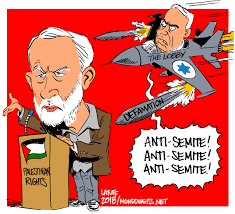 Chris Williamson (re-suspended from the Labour Party) joins Jackie Walker and Marc Wadsworth in their suspension from the party. All three are left-wing, Corbyn-supporting actvists. The former London mayor, Ken Livingstone remains suspended along with others such as Jewish activist, Tony Greenstein.
Chris Williamson MP was suspended after telling a Momentum meeting that Labour’s reaction to anti-semitism allegations had led to the party being ‘demonised’. He was also filmed saying he had celebrated the resignation of MP Joan Ryan, former Chair of Labour Friends of Israel, and who has since quit Labour because she claimed she was a victim of anti-semitism'.
Jackie Walker, of mixed Black/Jewish ancestry and former Momentum Vice Chair, was suspended after she criticised Holocaust Memorial Day for commemorating only Jewish victims. “In terms of Holocaust day, wouldn’t it be wonderful if Holocaust day was open to all people who experienced holocaust?” she said.
Marc Wadsworth, Labour Party activist and founder member of the Anti-Racist Alliance, set up after the murder of Stephen Lawrence, was filmed accusing MP, Ruth Smeeth of working, ‘hand in hand’ with the Telegraph in smearing the Labour Leader Jeremy Corbyn. She claimed that, as a Jew, his remarks were 'anti-semitic'.
The target is of course Jeremy Corbyn, who has become the enemy of the Establishment media, right-wing labour MPs and the Israeli Embassy. His anti-austerity platform, support for the Stop the War Coalition, and for Palestine and the boycott, divestment and sanctions (BDS) movement ensures his demonisation.
When former Israeli lobby intern Alex Chalmers claimed “a large proportion” of the student Labour club “and the student left in Oxford more generally” had a “problem” with Jews, his claims were highlighted by the press. No one mentioned that Chalmers was a member of the far-right Progress faction in the Labour Party and soon after he defected to the Liberal Democrats.
When, a few months ago, the Jewish Leadership Council and the Board of Deputies of British Jews organised a demonstration against Corbyn outside Parliament, they were happy to use anti-Semitic abuse against left-wing Jews who were holding a counter-protest in support of Corbyn.
Ben Southern-Thomas, from Jewish Voice for Labour, said “I came away crying” after anti-Semitic abuse from two demonstrators. He was told he was “not a real Jew” and was just “pretending to be a Jew.” He added that “being Jewish is a really important part of my identity,”
And so it goes. Recently Jonathan Goldstein, chair of the Jewish Leadership Council claimed on BBC Newsnight that Jeremy Corbyn is “the figurehead of an anti-Semitic political culture.”
We are involved in a struggle which is way beyond waiting for the next election polls to open. If we want any possibility of radical change ( no more wars, no more austerity, defence of the dwindling NHS, action on climate change … the list is long) we have to realise what is going on and act now. This means supporting the three W's - Williamson, Walker, and Wadsworth

Posted by David Wilson at 14:31 No comments: 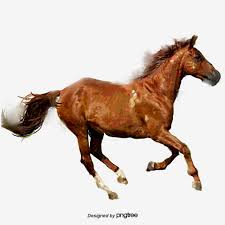 In an article I wrote for the London Economic in February 2018 I claimed that in the years from 2010 – 2018 the NHS was no longer the public health service this country had once been so proud of. That Aneurin Bevan's claim that, “Illness is neither an indulgence for which people have to pay, nor an offence for which they should be penalised, but a misfortune, the cost of which should be shared by the community” no longer held true. That in those eight years companies such as Bupa, Virgin Care and Care UK had won more than 130 NHS service contracts worth £2.6bn to provide NHS services. 33 companies in total.
In April of this year 21 NHS contracts worth £127 million were out to tender – 19 in the two months alone of February to April 2019. These included a £91 million contract to run an NHS assessment service in the South East, a £16m deal to provide health services in Leicestershire and a £6m tender for a GP surgery in High Wycombe (source: House of Commons Library)
I do not have figures for the twelve months following my TLE article (February 2018 to February 2019) nor for the most recent four months. I can only fear that the list is growing exponentially. My GP recently sent me for an eye test, not to a hospital opthamology department, but to Specsavers. I imagine others reading this will be able to add to the list.
Can anyone tell me why I should not remain a member of the Labour Party and supporter of Jeremy Corbyn for PM?
No sane and certainly no ill person can continue to vote Conservative.
The Lib Dems anybody? Their new leader, Jo Swinson, voted to remove the restriction on the amount of income a foundation trust can earn from private charges and in support of the Government's NHS reorganisation, wth its emphasis on further privatisation. She famously backed tightening benefit sanctions in exchange for a 5p plastic bag charge.

Posted by David Wilson at 10:46 No comments: 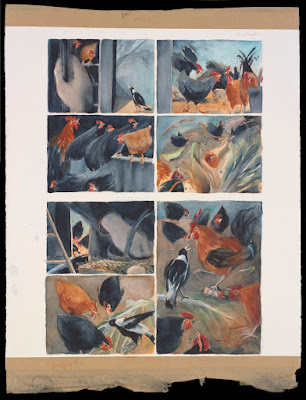 After three years of sales of my memoir, Left Field, I have decided to publish an illustrated vesion on my website  It is appearing in installments. With this in mind I contacted Norman Boyer to ask if he had photos of life on his family's Argentine estancia, taken at the time of my stay in the early 1960s.  He kindly sent me some great shots that bring my time there back into vivid memory. You can see them in the chapter 'Gaucho & Sailor'.
His wife's brilliant watercolours are in the Diana Boyer collection at the National Museum of Australia and I would like to pay tribute to her work here.
This is what the NMA say about her art:
Diana witnessed violent conflicts between student protesters and soldiers acting on behalf of the military government. Largely in response to this political turbulence and the brutal persecution of dissidents, Diana and her husband Norman decided to leave Argentina. They migrated to Australia in 1980 and in 1981 they bought Bobbara Creek.
The Boyers ran a mixed grazing and cropping farm near Binalong, about 100 kilometres north-west of Canberra, while Diana continued to work as an artist.
After a series of wet years in the 1980s and 1990s, drought took hold across south-east Australia. Temperatures rose. As scientific warnings mounted of an impending climate catastrophe, Diana’s work focused on the local ecological effects of global warming in the Binalong district.
One of Diana’s major works was the Time Change animation completed in 2006. Using a series of watercolour works, the powerful and at times whimsical animation shows the life of a female farmer in the Binalong district in the future, when global warming has profoundly altered patterns of farm activity and the land.
‘Time Change’, Diana Boyer collection is at the National Museum of Australia

When I walk across my local park, I pass a municipal table tennis table and each time I do so I am inexorably sad. I’ll return to the table and that sadness later.

At age 74, I have had health hurdles not uncommon in those fortunate enough to have lived as long as I have. A subdural haematoma resulting in an operation to release blood from my cranium. Open-heart surgery to replace a valve with a bovine alternative and a stroke six months later caused by a streptococcal infection which had attached itself to the new valve. After seven weeks in hospital, I was left with a weakened left side. It also left me unable to play the guitar which may be a relief to some as I wasn’t very good.

This all came after a long and eventful life so I am not writing this as a complaint, nor as an exercise in self-pity. Quite the opposite. I don’t wish brain and heart ops and strokes on anyone but, if they turn up, don’t turn over and face the wall. If you are alive, breathe in deeply, look around you at the world as it is, with you in it still. And continue.

That is perhaps easier said than done. For those who are alone in the world, illness involves extra suffering. And those of us who aren't alone should watch out for those who are. But all of us are surrounded by the living and the dead.

In an excellent article about ageing in The New Yorker Roger Angell writes that, “Our dead are almost beyond counting and we want to herd them along, pen them up somewhere in order to keep them straight. I like to think of mine as fellow-voyagers crowded aboard the Île de France.” I agree but, in addition, I like to think in quantum terms that everything, everywhere at all times, is present. That includes my parents, my close friends, the baby my first wife and I lost at full term and me, of course.

It may also include the absent living. I have close family who have removed themselves from my life or, more truthfully, removed me from theirs. But even then, there is no need to turn to the wall. Family does not have to mean a reference only to the biological. I am fortunate that I have people in this living world who consider me to be a part of their family.

After my wife, Anne Aylor alerted me to a TED talk given by the cardiologist, Sandeep Jauhar, I decided to write this blog. I had a particular interest in his talk because of my own history. My heart had been broken, but was this a mechanical or congenital failure? Or was Sandeep Jauhar correct to argue that “emotions can and do have a physical effet on the heart.” That the heart,“weakens in response to intense stress or grief.” He offered proof that it can actually change shape and form, the so-called Takotsubo effect, whereby the base becomes wider and the neck narrower. Quite literally and physically, a broken heart in every sense of the word.

So back to the table tennis table in the park. My youngest son lives with his wife and their son in Barcelona. I have had no contact with them for over four years and have never been given a reason for my expulsion. There has been hearsay evidence, all too awful to believe possible. When I used to visit them in Spain, my son and I would go to nearby Park Güell every day to play table tennis. It was great fun and became a strong part of our relationship. Indeed, the day I left Barcelona after being told I was no longer a grandfather, we played before I entered the Metro at Passeig de Gracia en route to the airport. It is a memory which I place on my own ghostly voyage of the Île de France.


* The photo on the left shows Takotsubo syndrome, a condition where the heart muscle becomes weakened and takes the shape of the Japanese pot on the right

My memoir, "Left Field" can now be read online for free at

Posted by David Wilson at 08:11 No comments: