Eulogy for a friend 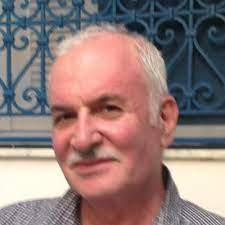 This was my eulogy.  There were statements from family, fiends and colleagues, and a moving film clip of Mundher talking about the role of schools and education in post-war Iraq - transcript below

"I first met Mundher and Haifa in 2003. ITN had commissioned me to make a film about what UK-based Iraqis thought about the impending US/UK ‘shock and awe’ attack on their country. They wanted me to locate Iraqis who were both for, and against, western military intervention. Locating those looking forward to an assault proved difficult, as the only Iraqis I could find in favour were the London representatives of the CIA-backed Iraqi National Congress.

I reluctantly met with Ahmed Chalabi, the head of their London office. Two days later I had a happier meeting when I met with Haifa and Mundher. Both were political exiles from Iraq. Mundher was a mathematician, researcher and teacher at King´s College, London. Haifa was a novelist and poet.

Arriving at their home in Cricklewood, I found myself transported to Iraq. Not the Iraq of war and US stooges, but a country of peace, tranquility, good food and wine. Set on a pebble-dashed estate, the palm tree in the front garden seemed to be prospering in exile from its desert roots. At the centre of the small back garden there was a pond with goldfish. This was a place of intellect, humanity, but also of present and past suffering, and exile.

I told Haifa and Mundher that I had met Chalabi and that I would not want to meet him again.

“I hope you won’t think the same about us,” said Mundher.

“Of course not, and now I have met you, I have a question I want to ask you both.”

“What is that?” said Mundher.

“I want to ask if you are Shia or Sunni.”

With a smile, he answered,“We’re Sushi.”

“Mundher,’ Haifa said and laughed, “give David a glass of arak.”

I knew then we were going to become lifelong friends. 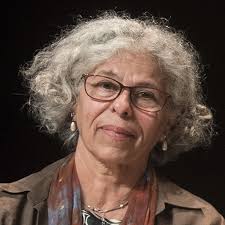 In the following years, I started visiting them with my wife, Anne. Few visits passed without Haifa’s tepsi baytinjan. As she went to check on the food, Mundher brought out bowls of sunflower seeds, cashew and pistachios, and poured out glasses of arak. When we moved over to the dining table it was full of small plates of felafel, black bean hummus salad, spicy moutabel, labneh, almonds and raisins. The sure sign of generous hosts are those whose starters are so filling that you wonder how to find room for the main course. This is what always happens in Haifa’s kitchen.

With Mundher pouring out wine, Haifa placed the tepsi on the table. As we started to eat the casserole, I realised how central food is to cultures, a culinary affirmation of our identities.

Twelve years ago, Haifa and Mundher were the basis for a chapter in Elise Valmorbida’s Book of Happy Endings. “They were political twins”, she wrote, “they valued the culture of scepticism and doubt. They believed in the force of the mind, not the promotion of faith.” Of Haifa’s relationship with Mundher, Elise quotes Haifa, “ ‘I didn’t have to prove myself or pretend …. I was laughing all the time at his Englishness, his willingness to talk openly about everything. In our culture we go round and round, we never say things straight. When he gets excited with a new idea he is full of life and no one can catch up with him’.”

Haifa and Mundher are very precious. Tortured, exiled and suffering from loss of family and friends, they are a positive influence on all who know them. You can find this in their home and, of course, in their food.

I found these words introducing a recipe for tepsi baytinjan. They could just as well be applied to Mundher and Haifa, as well as their food.

‘Eggplants in a state of melting lusciousness, tender and flavourful meatballs, all braised together in a bath of light, silky tomato sauce; this is tepsi baytinjan, the Iraqi comfort food dish.’

“It’s quite likely we will have to write off a couple of generations of Iraqis … because of the damage that happened to them, mentally and physically during the occupation … it’s very difficult to see any bright lights within the current Iraqi elites. But even corrupt elites do generally preserve the youngsters, do care for the children. It’s a universal value. In Iraq a very strong one.

So, if we start from the schools, with saving the children from what we have done to the country, this may be stopped. Even with the worst abuses, the children can be protected.

I believe Iraq was targeted as a nation to be demolished. There was always an understanding that the danger in Iraq was human capital, human knowledge. They kept saying this was not so much about weapons, but about knowledge and the people who have the knowledge. It’s obvious that they regarded knowledge and the production of knowledge in schools and universities as the enemy.

Schools normally are at the beginning of the village and the town. The town expands, but the schools are at the centre. That is very important because the children get up in the morning and they walk to their schools. Their walk is protected by the people around them and wherever there are children there is peace, generally. So children go to school and come back from school unaccompanied. No need for any protection, any arms. The school day dictates the pace of life. Then the school holidays become the society’s holidays. Social fabric is centred around schools. 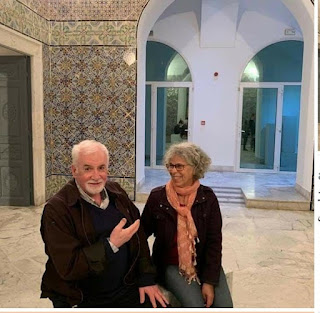