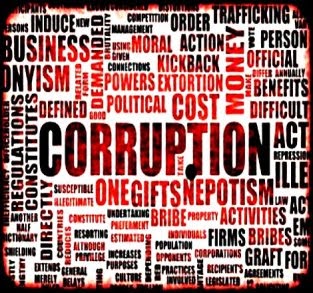 Ambrose Bierce, the 19th century American journalist, short story writer, fabulist, and wit, said that politics is ‘a strife of interests masquerading as a contest of principles. The conduct of public affairs for private advantage.’ This is the 'Politics' that you take up as a profession, with its Privy Councillors (yes it did start in the toilet) and, pardon the pun, Standing Orders; the Westminster 'Palace' full of Right Honourables who barrack and ridicule each other, then go off to have cosy lunches together. I remember being on a trade union rally 30 years ago in Hyde Park when one of the speakers called on us to march on Parliament. Someone grabbed the mike and said he wouldn't join it because he didn't believe in disturbing the dead. At one of the massive demonstrations against the Iraq war I was in Parliament Square as a young woman pointed at the people sitting on the grass as she shouted, 'This is what democracy looks like,' then her arm extended in the direction of Parliament. 'That's not what democracy looks like.' But I leave the last word to Milliband. “Of political parties claiming socialism to be their aim, the Labour Party has always been one of the most dogmatic – not about socialism, but about the parliamentary system. Empirical and flexible about all else, its leaders have always made devotion to that system their fixed point of reference and the conditioning factor of their political behaviour. This is not simply to say that the Labour Party has never been a party of revolution ... It is rather that the leaders of the Labour Party have always rejected any kind of political action which fell, or which appeared to them to fall, outside the framework and conventions of the parliamentary system.” Which Milliband wrote this? Ed, Dave? … no Marxist father Ralph. Have you ordered your copy of 'Left Field' yet? Publication has now been set for early 2016.
Posted by David Wilson at 14:45