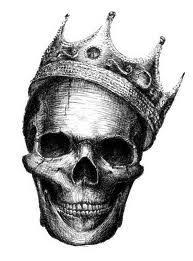 New BBC supremo, Tim Davie—annual salary £525,000—thinks TV comedy is too left-wing. He believes that it is necessary to redress bias against political leaders such as Boris Johnson and Donald Trump and for there to be greater ‘impartiality’ by the broadcaster.  As a former Conservative Party councillor candidate and deputy chairman of his local Party he is, of course, well placed to be the judge of that.

In this country, mocking the upper class has been central to satire from Chaucer to 'Spitting Image' and was used by Shakespeare to poke fun at powerful political figures.

In ‘A Midsummer Night’s Dream’, the character Bottom emphasises the arrogance and stupidity of the ruling class. His head is transformed into that of a donkey, making him the butt of the play's biggest jokes.

Some ruling class afflictions highlighted by Shakespeare were too awful for humour and had to be dealt with, without the laughs.

In ‘Macbeth’, the King of Scotland's bloody hands symbolise the immense violence and cruelty wielded by the politically powerful.

In ‘Hamlet', a skull is used to show how all of us, good or evil, rich or poor, powerful or powerless, end up in the ground.

If Shakespeare were alive today, he might quote his own words from ‘Richard III’ in response to Davie’s new appointment, “Thou elvish-mark'd, abortive, rooting hog”.