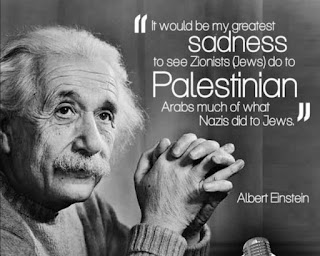 My first experience of fascism was as a 15-year old in south London. Outside Bromley Library I was beaten up by two thugs from the British Movement while selling Peace News. Their violence could be measured by some temporary bruises, but a permanent conversion to a lifetime of anti-racism and anti-fascism.

I arrived at the library with foreknowledge of what I was up against. My father had been one of the first Allied doctors to enter Bergen-Belsen concentration camp at its liberation.

With sixty years of anti-racist activism I have come across racism and anti-semitism from the British Movement, the National Front and many who can be termed 'right-wing.' Most recently from Corbyn-hating members of the Parliamentary Labour Party who consider any criticism of Israel to be anti-semitic. This has reached a new level of absurdity with Labour MP, Siobhain McDonagh, claiming that anyone arguing against capitalism is anti-semitic.

Never have I witnessed anti-semitism from socialist comrades. I believe Jeremy Corbyn, with his Cable Street fighting mother, shares this experience, and his leadership is one of the reasons why I have joined the Labour Party. How sad it is to witness the witch-hunt against him and the hundreds of thousands of Labour Party members. It is frightening too because behind the hunt is the attempt to stop Corbyn taking power. Success in doing that will only open the way for real and dangerous anti-semites: the ones who wear swastikas and wield clubs.

Here are the words of Jews, alive and dead, who have spoken  out against Zionism and the state of Israel. Jewish anti-Zionism has a long and proud history which goes back to the Bund which was set up in the late 19th century in Russia and Poland. Bundists considered themselves foremost as socialists, then as Jewish. Many of those I quote from lived and struggled within this tradition. Are, or were, they all anti-semites? Of course I could add to this list those Jews who have recently been hounded out of the Labour Party for their 'anti-semitism'.

Hannah Arendt, political scientist:
“The trouble is that Zionism has often thought and said that the evil of antisemitism was necessary for the good of the Jewish people.”

Isaac Asimov, novelist:
“I find myself in the odd position of not being a Zionist ... I think it is wrong for anyone to feel that there is anything special about any one heritage of whatever kind.”

Uri Avnery, ex-Israeli army officer. writing after an Israeli military victory:
“What will be seared into the consciousness of the world will be the image of Israel as a blood-stained monster, ready at any moment to commit war crimes and not prepared to abide by any moral restraints.”


Daniel Barenboim, Israeli pianist and conductor:
“I don’t think the Jewish people survived for 20 centuries, mostly through persecution and enduring endless cruelties, in order to now become the oppressors, inflicting cruelty on others. That is why I am ashamed of being an Israeli today.”

Lenni Brenner, writer and 1960s civil rights activist:
“Italy's Zionists never resisted Fascism; they ended up praising it and undertook diplomatic negotiations on its behalf. The bulk of the Revisionists and a few other right-wingers became its enthusiastic adherents. The moderate bourgeois Zionist leaders were uninterested in Fascism itself. As Jewish separatists they only asked one question, the cynical classic: 'So? Is it good for the Jews?'”

Martin Buber, Israeli philosopher:
“How great was our responsibility to those miserable Arab refugees in whose towns we have settled Jews who were brought here from afar; whose homes we have inherited, whose fields we now sow and harvest; the fruits of whose gardens, orchards and vineyards we gather; and in whose cities that we put up houses of education, charity and prayer. . ”

Richard Cohen, US columnist:
“The greatest mistake Israel could make at the moment is to forget that Israel itself is a mistake … the idea of creating a nation of European Jews in an area of Arab Muslims (and some Christians) has produced a century of warfare.”

Albert Einstein:
“The (Israeli) state idea is not according to my heart. I cannot understand why it is needed. It is connected with many difficulties and a narrow-mindedness. I believe it is bad.”

Ben Ehrenreich, author of the novel The Suitors:
“The characterization of anti-Zionism as an “epidemic” more dangerous than anti-Semitism reveals only the unsustainability of the position into which Israel’s apologists have been forced. Faced with international condemnation, they seek to limit the discourse, to erect walls that delineate what can and can’t be said."

Richard Falk, former UN special rapporteur on human rights:
Called Israeli policies in the Occupied Territories “a crime against humanity.” Falk also has compared Israel’s treatment of the Palestinians to the Nazi treatment of the Jews.

Sigmund Freud:
“I concede with sorrow that the baseless fanaticism of our people is in part to be blamed for the awakening of Arab distrust. I can raise no sympathy at all for the misdirected piety which transforms a piece of a Herodian wall into a national relic, thereby offending the feelings of the natives.”

Erich Fromm, social psychologist:
“The claim of the Jews to the Land of Israel cannot be a realistic political claim. If all nations would suddenly claim territories in which their forefathers lived two thousand years ago, this world would be a madhouse.”


Bruce Jackson, US Jewish academic, included on the Self-Hating, Israel Threatening (S.H.I.T.) List, with over 8,000 other Jewish academics, writers and activists deemed to be critics who threatened Israel:
'The most vicious anti-Semites in America aren’t the few surviving retro fruitcakes with swastikas in their closets, but rather those self-righteous Jews who attack and try to silence — without conscience, doubt or scruple — any Jew who attempts to discuss seriously the ethics or morality or decency or utility of any action taken by the State of Israel or the illegal squatters in the Occupied Territories."
Judith Kahn, US Congressman who in 1919 signed a petition to addressed to President Woodrow Wilson and siged by 30 others, including Henry Morgenthau, Sr., former ambassador to Turkey; Simon W. Rosendale, fomer attorney general of New York; Mayor L. H. Kampner of Galveston, Texas; E. M. Baker of Cleveland, president of the Stock Exchange; Jesse I. Straus, New York Times publisher Adolph S. Ochs; and Judge M. C. Sloss of San Francisco. It read:

“[We] protest against the political segregation of the Jews and the re-establishment in Palestine of a distinctively Jewish State as utterly opposed to the principles of democracy which it is the avowed purpose of the World’s Peace Conference to establish. Whether the Jews be regarded as a “race” or as a “religion,” it is contrary to democratic principles … to found a nation on either or both of these bases."


Gabriel Kolko, a leading historian on modern warfare:
“The large majority of Israelis are not in the least Jewish in the cultural sense, are scarcely socialist in any sense, and daily life and the way people live is no different in Israel than it is in Chicago or Amsterdam. There is simply no rational reason that justifies the state’s creation.”

Rabbi Michael Lerner, editor of Tikkun Magazine:
“If a Jew today goes into any synagogue in the U.S. or around the world and says, 'I don’t believe in God or Torah and I don’t follow the commandments,' most will still welcome you in and urge you to become involved. But say, 'I don’t support the State of Israel,' and you are likely to be labeled a 'self-hating Jew' or anti-Semite, scorned and dismissed."

Primo Levi, writer and Auschwitz survivor:
"Everyone has their Jews. For the Israelis they are the Palestinians."


Harold Pinter. In 2008 he joined 105 prominent Jews who said,
“We cannot celebrate the birthday of a state founded on terrorism, massacres and the dispossession of another people from their land. We cannot celebrate the birthday of a state that even now engages in ethnic cleansing, that violates international law, that is inflicting a monstrous collective punishment on the civilian population of Gaza and that continues to deny to Palestinians their human rights and national aspirations. We will celebrate when Arab and Jew live as equals in a peaceful Middle East.”

Henry Siegman, Rabbi and director of the U.S./Middle East Project:
“Israel has crossed the threshold from ‘the only democracy in the Middle East’ to the only apartheid regime in the Western world.”

I.F. Stone, US journalist:
“Israel is creating a kind of moral schizophrenia in world Jewry. In the outside world the welfare of Jewry depends on the maintenance of secular, non-racial, pluralistic societies. In Israel, Jewry finds itself defending a society in which mixed marriages cannot be legalized, in which the ideal is racial and exclusionist.”