“I’m pleased to announce the new Peace and Justice Project, bringing people together for social and economic justice, peace, and human rights in Britain and across the world.”

“The project has called a global conference for 17 January 2021. This isn’t a new political party, but a space in which people can come together … There’ll be speakers from the US, Latin America, South Asia, as well as from communities in Britain that have suffered grievously from job losses and deindustrialization …. and young people determined to fight for the Green Industrial Revolution … Power exists in lots of places; it’s partly about holding elected positions. But it’s also about the power of communities to change things, to prevent factory closures, to develop schools and nurseries, parks and community centers, to get clean air where there’s foul air, to get clean water where there’s dirty water. All those things empower people in the face of elites that don’t want them empowered … There has to be a process looking at the real issues the world faces: the huge environmental crisis, global poverty and inequality, systematic abuses of human rights, and the wars fought for minerals or as proxy wars between the big powers .. The search for a Covid-19 vaccine should have been an opportunity for international cooperation and sharing scientific resources. Instead, it’s become a competition between big pharma; and I suspect companies like Pfizer are going to make a mint out of this. This crisis has exposed all the inequalities in the world … has shown that what brings security is respect for the health needs of the entire world … I’ve been encouraged by how the US left has begun to assert itself through the Sanders campaign, through the socialist grouping within the Democrats and many trade unions … the Black Lives Matter movement is fantastic and has led to a re-understanding of both US history and European colonialism …There are now more refugees around the world than at any point in recorded history — over seventy million people and rising. They’re all people who want to live, to make their mark, to make their contribution … Are we going to move toward a security state that sends the Navy against refugees, or do something politically, economically, and environmentally to deal with the core problem of global inequality and injustice? … The direction in which the British government is taking us, with increasing arms expenditure and decreasing foreign aid — and the Labour front bench in parliament accepting the increased arms spending, is not the best of signs … The only way forward for this government is wage freezes, cuts in health, education, housing, and all the other crucial budgets, and even more intense austerity than we had after 2010 …Tony Benn’s daughter Melissa has spoken of the abuse their family had from the right-wing media. Hostility toward the Left by very powerful, very right-wing media sources is not new ..,. In 1907, Keir Hardie went to the USA, Australia, India, South Africa, then he reported back on it at a massive rally in the Albert Hall. His tour was followed by the Daily Mail, which condemned him for supporting Indian people over the British Raj, and for opposing the racism in South Africa. He was roundly abused. The Left in the 1930s, when George Lansbury was Labour leader, was roundly abused; Nye Bevan was abused ... I’ve suffered all this nonsense for quite a while and no doubt will continue to do so…I’m urging people to fight back against it, because the labor movement belongs to all of us … We will be looking to organize with, connect, and empower groups that exist already, and to support campaigns for change … we’ve had messages of support for the launch so far from the Orgreave Truth and Justice campaign in Yorkshire as well as trade unionists in Bolivia and the USA … We will work with unions and social movements to build a network of campaigners, grassroots activists, thinkers, and leaders, to share experiences and generate ideas about solutions to our common problems, whether it’s Rolls-Royce workers defending their jobs in Barnoldswick, or the huge protests in India, whether it’s children going hungry here in one of the world’s richest countries, or languishing as refugees from war and crises … I hope we’re going to build something important together ... At the global launch, we’ll have figures from all over the world ... I’m very excited and very enthusiastic about it, and I hope you’ll be joining us. 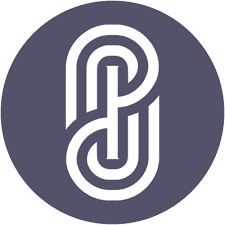