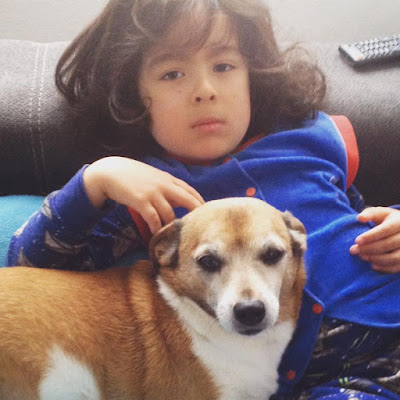 A LETTER TO MY GRANDSON

This is the letter I would like my grandson to read when he is old enough to understand its contents.

I am writing this to you as your grandfather - your dad's dad. I hope I am still alive when you read it so that we can meet. I have missed being able to get to know you, but if I am no longer alive I hope it will help you understand who I was.

I did meet you when you were a few months old, but your mum decided I could not be your grandfather and since that day I have little idea what has been happening in your life. I hope all is good and that you are well and happy. This is the only photo I have of you.

I have not been too well in recent years; brain operation, heart surgery, stroke and heart valve infection. I was not expected to live, but I did. I spent a lot of my convalescent time thinking about you and about your dad, my son, who I love very much.

I was also given a lot of support from my wife Anne and from your uncle Ben. He does not have an easy life but is very brave and very positive. I hope you have a good relationship with him.

Even after six years I still do not know why Jonny has agreed to cut me out of his and your life. You will have to ask him.

I do know why your mother and grandmother, Renata, have behaved the way they did, but before I say more I want to add that I  hope you have a good relationship with your mum, your dad and your grandmother.

I am sure Maria is a great mum and I know that Renata is capable of giving you a lot of love.

When Maria 'sacked' me as your grandfather she told me that her  reason was that I had 'selfishly' taken Jonny into a 'war zone'.  This is UNTRUE as Jonny came to Mostar four years after the war there had ended. His stay there changed his life for the better **

She told others that, I chased 'hookers’ (prostitutes) in New Orleans. Again UNTRUE. I think she was referring to a day in that city when I went to look for an elderly black guy I had met and to whom I had promised $20. After getting the money from a cash dispenser I told Maria and Jonny what I was going to do. Sadly he was not where I had met him and he never got the promised money.

For many years your grandmother Renata claimed that I 'abused' your dad. UNTRUE . She has since denied saying this, but I have communications from Jonny who remembers the allegation. When I visited Renata's aunt Mirijana in Zagreb 21 years ago she told me she was shocked that Renata and her father were 'going around Zagreb' making this and other allegations about me. I remember her adding, 'If Nada (Renata's mother and your great grandmother) was alive she would never have allowed them to behave in this way.'

Renata has also claimed that when I was running War Child I sold trucks to the Bosnian army. UNTRUE. It is true that other members of War Child were selling them. You can read about all this in 'Left Field', but when I found out I alerted the then War Child Trustees and to this day have retained the documents proving this to be the case.

So far as I know Jonny has never agreed with any of these four allegations made about me and it remains a mystery to me as to why he has agreed to silence me.

“You make Maria so happy I think you complete something she missed out on.. and not in a needy way but in a really positive way. The money you gave us rescued us and made this life possible and now this baby will make our family even more. …I am so blessed and you are so responsible for my strength, Anne too. I know Anne will be exhausted and we completely understand if she cant make it but please express to her how much we love her and hope she is happy to be a grandmother.”

And the last communication I received from Jonny was on 30 Jan 2015 when he wrote this:

“just wanted to write to you to say that I love you and also to say that there really isn't an issue between you and me.”

I am sure Renata is angry with what I wrote in my published memoir about our divorce. You can read that chapter here.

I have no idea why your mother dislikes me and Anne. We both liked her and I can only guess that she experienced unhappiness with men in her past.

I hope that you will be given your own copy of the book which I have dedicated to you. That you will then understand the truth about me. 'Left Field' can be read here:

I hope that someone will give you your own copy of the book with its dedication to you.

Here is what I wrote four years after Left Field’s publication.

Finally I wrote about the grief involved when losing Jonny, a living son here (under a pseudonym) which concludes with a song, “In the Living Years" by Mike and The Mechanics.

I am not angry or bitter, but massively regretful and sad. I have so powerfully wanted to see you and get to know you. Perhaps we will still be able to.

I take this opportunity to send you, Jonny, Maria and Renata as much love as can be accepted from me.

PS I lived as long as I did because of the love and strength I received from my wife Anne and from the love and solidarity I once received from Jonny and have continued to receive from your uncle Ben, from my sisters, Liz and Joanna and from all my friends. Here is your father and uncle a few years ago! Jonny was so cute and I believe that in his soul he still is. 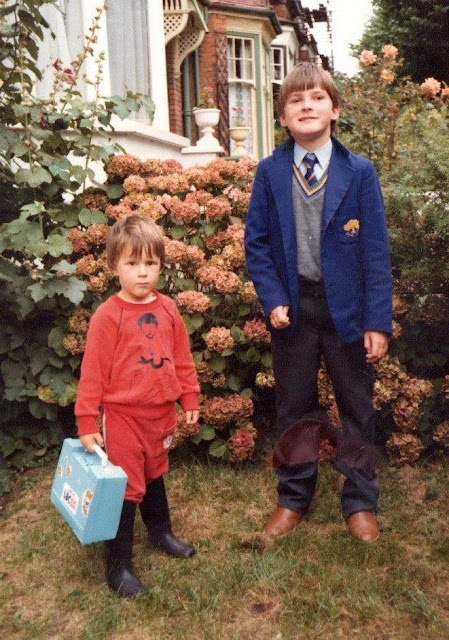 Someone who knew your dad well in Bosnia recently wrote the following to me when hearing I was writing to you.

Please try to talk about Jonny and his talent, his joy in Bosnia, in what ways it was different and more positive than his life in London. He used to say how he won a scholarship to a fancy Highgate school that was full of spoilt rich kids of war criminals and Russian despots. Kids that took coke and heroin at the age of 15. His coming to follow you in Bosnia saved him from a life of debauchery, selfishness and drugs. He was admired by famous musicians and producers who took him under their wing and tought him many production and post production skills. Talents and connections he used to get where he is now and which eventually led him on the path to meet Maria and make Rhys. It led him on a path to a different kind of education and enabled him to meet people who made a difference in our world of despair and war. Jonny is someone who each and every Bosnian and Croat he ever encountered admired enormously. He had an energy and conviction that was hard to ignore. That inspired people and this energy only came about because he had a father who led him on this path. It is so ridiculous that he cannot acknowledge that now.

‘You should remind yourself that what you love is mortal, that what you love is not your own. It is granted to you for the present while, and not irrevocably, nor for ever, but like a fig or a bunch of grapes in the appointed season; and if you long for it in the winter, you are a fool.’ Epictetus 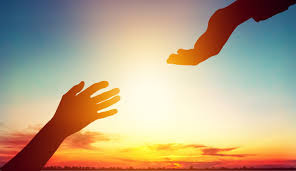