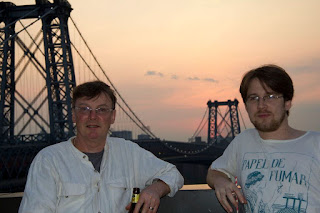 Not a day passes when I don’t think about my two sons, Ben and Jonny, and my grandson, Rhys.

How was Jonny able to exclude me from his life over so many years, years when I had life-threatening operations, illnesses and a stroke? Did he hate me so much?

Not long before I was expelled by Maria as grandfather Jonny wrote this to me .. “just wanted to write to you to say that I love you and also to say that there really isn't an issue between you and me.”

Earlier he wrote this … “You make Maria so happy I think you complete something she missed out on.. and not in a needy way but in a really positive way. The money you gave us rescued us and made this life possible and now this baby will make our family even more. …I am so blessed and you are so responsible for my strength, Anne too. Please express to her how much we love her and hope she is happy to be a grandmother.”

No, I don’t think he hated me.

In one of his many rants against his mother he wrote… ”They are feeding very bad things into the universe and although you can't count on Karma to sort them out you can count on yourself to speak up.”

So that’s what I am doing now Jonny, after it’s all over, ‘speaking up’.

Renata accused me of abusing Jonny when he was an infant, although later denied doing so. But her aunt Mirijana told me when I visited her in Zagreb, on my way home from Mostar in the 90s, that … “Renata and her father are going around Zagreb saying very bad things about you David. If Nada (Renata’s mum) was alive she would never have let that happen.”

When I was blowing the whistle on War Child corruption Renata told people I had been selling War Child trucks to the Bosnian army.

If you have read ‘Left Field’ you will know that is a lie and I kept the War Child Trustee minutes which prove this truck lie to be just that … a lie. Anne will be able to show you those minutes.

Now Maria. She didn’t like me or Anne from the start. Indeed Jonny told me that he had told her not to destroy his family. There then followed my expulsion as Rhys’ grandad because I had ‘taken Jonny into a war zone’. After my visit to Jonny and Maria in New Orleans she claimed I had chased hookers there. I hadn’t.

Could it be that Renata and Maria united in their hatred of me? Was Rhys told that Malcolm is ‘Deda’ - grandad? And most important of all, what will Rhys be told about me if and when he finds out I existed?

That I was a child abuser?

That I dragged Jonny into a war zone?

That I sold War Child trucks to the Bosnian army?

That I chased prostitutes in New Orleans?

When I am not here to defend myself, when I am no longer able to have even the possibility of contact with my grandson, when I am dead, please will you contact Jonny and Rhys and give them my sadly missed love. And will you please make contact with Ben and tell him my love for him has been with me always and goes with me.

NOTE: I lived as long as I did with the love and support of my wife Anne, my son Ben and sisters, Liz and Joanna, my Mostar ‘son’ Oha, Masa and family, Teo and close friends, Eileen, Anthea, Jane, Maureen, Sebastian, Deicola. There are others who left before me – Alice, Gerry, Robin, Ken.

The Love that’s deep within me

Shall reach you from the stars

You’ll feel it from the heavens

And it will heal the scars 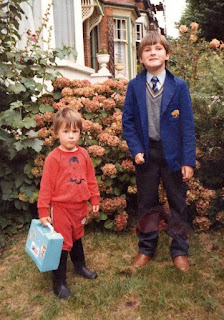