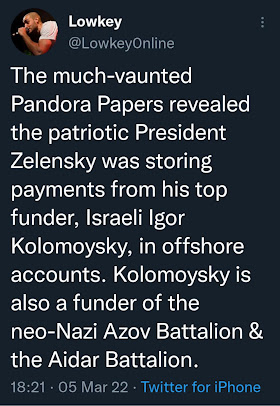 Thank you rapper Lowkey for alerting me to this information about The President of Ukraine, Volodymyr Oleksandrovych Zelenskyy. Former actor and comedian. he has rapidly taken on ‘pin-up’ status in the media as he leads his country’s opposition to the Russian oligarch Putin.

It now seems he might never have gven up his acting career as The Pandora papers suggest Zelenskyy may not be the “People’s saviour” after all, but has a career somewhat similar to that of the Russian President. 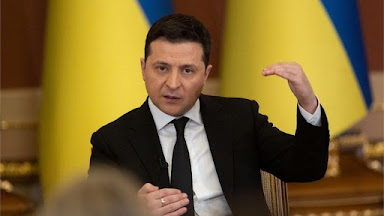 The Pandora documents suggest he had – or has – a previously undisclosed stake in an offshore company, which he appears to have secretly transferred to a friend weeks before winning the presidential vote. According to its findings, two of the offshore companies belonging to Zelenskyy’s partners were used to buy three lavish properties in central London.

Zelenskyy said his goal as President was to destroy “the traditional oligarchic order” and to replace it with a “fairer system”. His critics say Zelenskyy has embraced the same shadowy ways as his predecessors.

Wars involve a bloody struggle with a foreign enemy. But the real enemy is war itself and those who benefit from the bloody affair. They are often closer to home than we are told.

These kids can see that and have acted on their knowledge and wisdom.

Solidarity with the people of Ukraine who are in immediate danger. 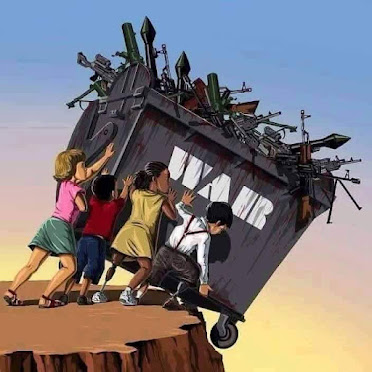 You can read more in The Guardian and from Al Jazeera.