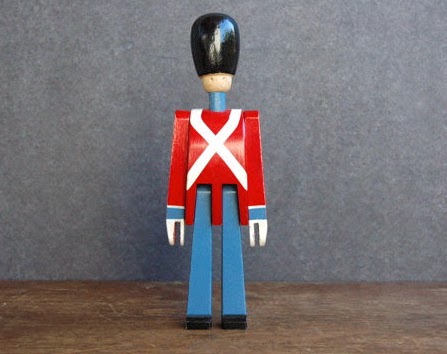 A regular guest at our house was Karl Henrik Køster, a Danish neurosurgeon who wrote for The Lancet and who’d met my father in Bergen-Belsen.They became friends and my sisters and I called him Uncle Karl.
He always arrived with a large bottle of Cherry Heering, a Danish liqueur, and gifts for us children. I remember the brightly-painted wooden soldier with its red tunic and blue trousers. It had moveable arms and a detachable lance which was quickly lost.
Karl Henrik had been in the Resistance. One day, when leaving his apartment he passed the Gestapo on the stairs. They asked him where Dr Køster could be found. As he left the building he passed the body of a medical student shot in the back. He then followed the same route as those he had helped save and escaped by boat to Sweden. He made his way to the UK and joined the British army.
Karl committed suicide in the 1980s and didn’t live long enough to see the 1998 Disney film made about his life, Miracle at Midnight, directed by Ken Cameron which starring Sam Waterson as Karl and Mia Farrow as his wife, Doris.
I recently came across words of his explaining why he acted as he did. “It was the natural thing to do. I would have helped any group of Danes being persecuted. The Germans' picking on the Jews made as much sense to me as picking on redheads.”
I had contact at a young age with people who’d led dangerous political lives. Karl Henrik’s booming voice and wry humour has stayed with me. It has always been important to be able to see the funny side of the grimmest experiences. There is always a Springtime for Hitler.  Read more about Uncle Karl in Left Field.
Posted by David Wilson at 23:10