A tale of two Lords 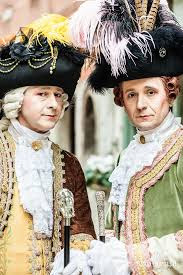 “We will never let it happen.” This was Theresa May’s comment made in July 2017 on the likelihood of Jeremy Corbyn becoming PM.

At the time her words chilled my bones as did those of anti-Mafia lawyer Roberto Saviano made the year before when he commented that, “Britain is the most corrupt country in the world.”

Yesterday (18.04.2020) John Mc Donnell tweeted “it’s nearly a week since the leak of the Labour Report which, if true, constitutes the biggest scandal in Labour’s history, both preventing a Labour government and undermining the fight against anti semitism.”

I agree, but would go further. When both political parties, one in whole, the other in part, conspire against the possibility of democratic change and transformation, the scandal is confirmation that we live in a one-party state.

It’s not just the newly ennobled and knighted Labour Party apparatchiks we have to thank for this. At the 2019 General Election, Iain McNicol—today Lord McNicol of Gilbryde—was working against his own employers. Meanwhile a private company was hired to organise postal votes. That private company had a senior Tory, Peter Lilley—now Baron Lilley of Offa—on its board.

If you add to all this the media loathing of Jeremy Corbyn, it seems to me that the parliamentary road to change has been well and truly blocked with ermine-encased rocks.

We are left to suffer and even die inside the moral vacuity of a Boris Johnson ‘government’.

Which road shall we divert to?