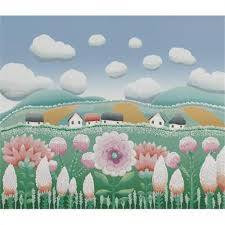 One August morning in 1987 I came out of W H Smiths in the London suburb of Muswell Hill. Parked outside was a Peugeot with Zagreb number plates. I knew that because the first two letters of the registration were ZG, Renata’s city. A tall man was getting out.
‘Dobro jutro,’ I said.

Surprised to be greeted in his own language, he introduced himself and I invited him home for coffee. He was Ivan Prpić, a professional violinist, in London taking master classes from Yifrah Neaman. In the course of the next few months we became friends and, before his return to Zagreb, he mentioned that he was looking for someone in the UK to help him represent his father-in-law, the artist Ivan Rabuzin.

His off-hand remark excited me. Perhaps this would be a way out of my depression over Ben and, in any case, I had been teaching for 16 years and was burnt out. The classes I taught were developed to offer a bit of culture to apprentices at college on day release. At Kilburn Polytechnic these courses had been given the title of Liberal Studies. Neither I, nor the students, took this seriously and whenever I could, I’d organise ghost trips to galleries and museums which neither they, nor I, had any intention of visiting.

When in college, I was supposed to show them slides of Renaissance art or hire in cultural films – like The Seventh Seal – ones you had to read.

Then there was music. In one class we were playing the Rolling Stones and they wanted ‘Street Fighting Man’ at full volume. As I bent down to turn the knob, I was kicked in the arse by Suggs, later the lead singer in the band Madness, who was an electrical apprentice at Smith’s Industries.

At the door stood the Principal. ‘What’s going on here?’

I said, ‘This week we’re listening to contemporary music. Next week it’ll be back to Mozart.’

He looked unconvinced. ‘I see,’ he said and left the room.

It was all a con and I had had enough. The two Ivans might have needed a dogsbody in London, but I saw their offer quite differently. It was my escape route. I said I’d love to help them as I knew Rabuzin’s naive style of painting, spoke Serbo-Croat and spent every summer in Yugoslavia. The truth was that I had no background in art and the only original Rabuzin I had seen was owned by Dr Kruzic, a gynaecologist friend of my wife. I didn’t even speak Serbo- Croatian that well, but Ivan agreed to let me help him promote Rabuzin and so started my career in the art world.

Naive  artists work without formal technical qualifications and with a remarkable indifference to perspective. Uninfluenced by art traditions, they paint pictures mirroring their memories, desires and dreams.
When most people think of naive art, the names that come to mind are Henri Rousseau and Grandma Moses, but southeast Europe has produced many primitive painters: the peasant Ivan Generalić , the postman Ivan Lacković and the carpenter Ivan Rabuzin, among the most well known.

Rabuzin had buyers such as Yul Brynner and Woody Allen, whose Rabuzin paintings can be seen in Annie Hall.

Rabuzin’s pastel-coloured silk screen prints sold well in the Far East and he was known in Germany, France, Italy and Japan, but his reputation had never been established in Britain. My job was to find a London gallery that would represent him and try and get his work onto quality products such as Rosenthal vases and Halcyon Days miniature boxes.

I bought a copy of the trade journal Galleries to see if there might be a London venue specialising in primitive and naive art. The only ones I could find were the Portal Gallery, who represented Beryl Cook, and the Rona Gallery which was located in Weighhouse Street, off Bond Street. The Portal was not interested, but Stanley Harries, the director of the Rona, was. 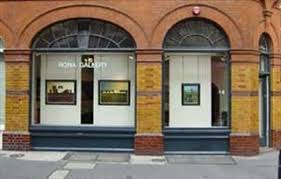 At that time, Stanley was representing the naive artist Dora Holzhandler and British figurative painters. He knew of Rabuzin and had sold a work of his some years before. He thought it would be difficult establishing a market for him in London, but said he’d give it a try. If I was prepared to help in his gallery, I could work from a small room on the first floor and Ivan Prpić, would have an office when he was in London. 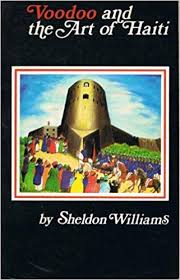 Stanley was a lovely man. Every morning when I arrived, he would greet me with ‘Hello, old chap. So good to see you.’ His assistant, Sheldon Williams, was an authority on Caribbean naïve art. The author of Voodoo and the Art of Haiti, he looked like a Fifties dandy with swept-back hair and a constantly changing parade of floral bow ties.

Clients would come to the Rona to ask about a Holzhandler and Sheldon would enthuse them with a long talk on voodoo art. This didn’t endear him to Stanley who didn’t have any Hector Hyppolites or Wilson Bigauds for sale. When Sheldon was manning the gallery alone and someone knocked on the door to ask how to get to Bond Street station, he would show them the way and leave the front door wide open. Though he never said so, I think Stanley was happy to have me there to keep an eye on him.

There were many interesting visitors. George Melly often dropped by. Known as ‘the jazz musician with the big personality and the big hat’, few people know he was an authority on primitive art and the author of The Tribe of One, an outstanding book about British naive art. 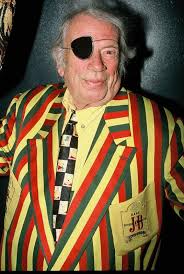 Then there was Gustav Delbanco, then over ninety years old and living alone in a huge house in Hampstead. He came from a German-Jewish family who could trace their roots back to Venice. His expertise was the art of the seventeenth and eighteenth centuries and his evaluations were respected by the British Museum, among others. He and I got on well and I used to visit him for tea. The house was dark, there was no central heating and the place had that musty smell I associate with houses inhabited by the elderly. He always had a cake on the table, and we used to talk about everything from art to politics. 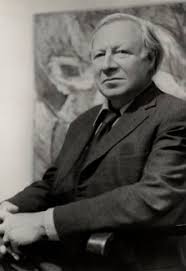 After the Second World War, he and his two partners, Henry Roland and Lillian Browse, opened a contemporary art gallery in Cork Street. Though never one of London’s richest galleries, it became one of its most prestigious. Their first exhibition was of Rodin, whose work had been neglected in Britain. They exhibited Josef Herman, a Jewish socialist, who fled Eastern Europe and ended up living in south Wales. He was nicknamed Joe Bach by the miners he painted. Other artists included Philip Sutton, famous for his bright canvases and expansive drawing style, and the American Alfred Cohen, with his vibrant flower compositions, portraits and English countryside scenes.

Gallery gossip had it that Gustav and Henry Roland adopted a double act with female clients. Roland would seduce them and Gustav would then move in and strike the deals. Perhaps it was the other way round. Gustav was a man of extraordinary charm and wit. I asked him why he’d never written a book and he replied, ‘Who cares what I think?’
In his house there were wonderful Rodin figurines and a Degas sculpture of a dancer. ‘Compare it to a Rodin,’ he would say. ‘Do you see that the Degas is cold and lifeless. Degas didn’t like women. Rodin did.’

The walls were full of artists he’d represented and, every time I visited him, he would walk me round the house and tell me stories about them.

A third gallery visitor was Mervyn Levy: writer, artist and art critic who’d had his own BBC TV series in the 1960s, Painting for Housewives. He’d been a childhood friend of Dylan Thomas and they’d shared a flat together in the thirties. Mervyn was a small, dapper man with a moustache and neatly clipped white beard. He wore pink shirts and never less than two Swatch watches. He always had an attractive young girlfriend in tow. We planned to write a play about Dylan together, based on Mervyn’s memories, and he would invite me to the Chelsea Arts Club to discuss our project. We never got far after the first three bottles of wine.

Ivan Prpić, Stanley and myself planned a London launch for Rabuzin but, before we did that, we needed an English- language book about the artist. We invited Mervyn to write it. Ivan told him that funding was available from the Rabuzin family and a fee of £4,000 was agreed. 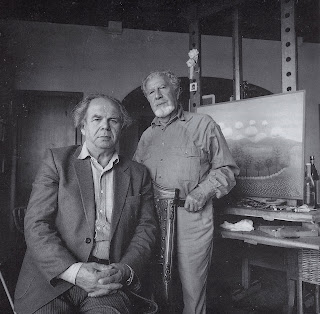 The book, published in 1990, is full of phrases such as ‘light is what Rabuzin seeks, and light is what he finds. His art is born of light ... The marvelous mature landscapes are bathed in pure radiance; as though there had never been any darkness.’ Mervyn told me he couldn’t stand Rabuzin’s work, but ‘he who pays the piper gets his tune’.1

Rabuzin was a man who took himself seriously. He always wore a suit and tie and spoke slowly, seeming to weigh his words before he let them escape from his mouth. When I first met him, he couldn’t quite understand what I was doing in his village, and I knew I had to earn his respect. He had no such problems with Mervyn who was known in the art world and had been paid to be appreciative of his work. The two of them had an impressive natural cunning, each using the other for their own purposes. 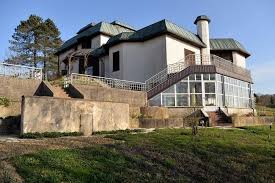 Rabuzin lived in Kljuć, in a large modern house on the site of his childhood home. The windows offered magnificent views across the valley to the hills which were the source of his inspiration. The rooms were oak-panelled, oak-floored and doored. However, the result was like taking a Beverly Hills villa and depositing it in the middle of the Croatian countryside. The rest of the village remained medieval with unpaved roads, clucking chickens and peasants driving horse- drawn carts. I doubt whether the local priest appreciated it when Rabuzin constructed a ten-metre totem pole in his front garden which looked like it had been shipped from the Tlingit Indian Reservation. His paintings represent an idealised countryside with a deliberate symmetry linking nature and man. His pastel colours contain landscapes with puffy clouds, small doorless houses and oversized flowers. The world as it isn’t. Beautiful fakes. 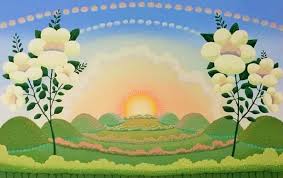